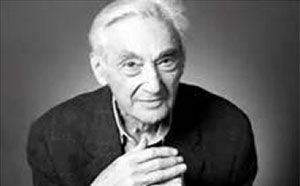 Howard Zinn was an impressive person. He was an academic historian, author and social activist. He is well known for his best-selling book: A People’s History of the United States. The People’s History is distinct because it offers a brilliant alternate perspective – from those oppressed.

Although his parents were Jewish immigrants and factory workers with limited education, Zinn earned a doctorate from Columbia. He authored more than 20 important books and was a professor at Boston University for decades. I recently discovered a tiny slice of Zinn’s life that’s instructive.

As a tenured professor At Spelman College, Zinn was fired in 1963 for siding with students in the struggle against segregation. More than 40 years later, that same College awarded him an honorary doctorate. Zinn gave Spelman’s commencement speech in 2005, titled “Against Discouragement.” In that speech, he shared: “The lesson of history is that you must not despair, that if you are right, and you persist, things will change. The government may try to deceive the people, and the newspapers and television may do the same, but the truth has a way of coming out. The truth has a power greater than a hundred lies.”

A reflective historian, Zinn provided a panoramic view of people and their actions. He also wrote: “To be hopeful in bad times is not just foolishly romantic. It is based on the fact that human history is a history not only of cruelty, but also of compassion, sacrifice, courage, and kindness. What we choose to emphasize in this complex history will determine our lives. If we see only the worst, it destroys our capacity to do something. If we remember those times and places—and there are so many—where people have behaved magnificently, this gives us the energy to act.”

Undeterred by prevailing culture, Zinn died in 2010. He was a leader who has made enduring contributions. He cultivated authenticity, resilience and meaningful work. Zinn once noted, “Historically, the most terrible things – war, genocide, slavery – have resulted not from disobedience but from obedience.” His example encourages us to intentionally challenge the status quo. Leadership has very little to do with maintaining it.