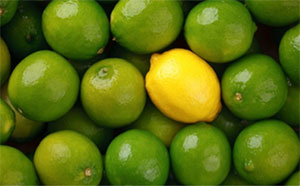 he conversation I had with a board member of an influential organization some months ago was troubling. In that exchange, he described behavior of senior management as incompetent. Later, he said “But all these organizations are a mess.”

No Worse Than Jones

Relativism is a common discard. You can set the bar anywhere you want. It’s possible to rationalize almost anything by noting those who are also behaving badly or worse. Read this list and add to it the relative comments you have heard:

Insecure people and brittle organizations rush to defend. Regardless of goodwill and constructive capacity, when a critical remark is made, one can expect a counter punch. Unskilled managers wear an over-sized winner’s ribbon with an inscription proclaiming: “Not the Worst!”

Compensation is a typical yardstick to underscore relativism. Almost everybody looks “up,” rarely down or sideways at money. A bonanza for one man becomes the standard for another’s excess. So when the former president of Yale received an “additional retirement benefit” of $8.5 million in 2013, Columbia’s annual presidential compensation of $3.4 million looked nearly paltry. Does anyone ever mention the context is warped?

Now and then, we hear some contrast. Noting the “best in class” can be inspiring and motivating. It can encourage a different attitude, e.g., why can’t we? If New Hampshire has the lowest teen pregnancy rate, then what’s going on there we might need to learn?

While defending territory can be a common reaction to critical comments, a far more useful response are great questions. A learning attitude and listening ears are important assets. They both have the potential to support improvement which delivers, in turn, results. In serving a planned vision, leaders set standards by word and actions. Everything is not relative. It’s vital to have expectations for what’s right and what’s wrong, not simply what’s better or worse.

Certainly, acting less evil isn’t the same as being virtuous. Regardless of whether others make the effort, leaders offer a principled example. Recognizing this and pressing for accountability requires important perspective: some people call it leadership.