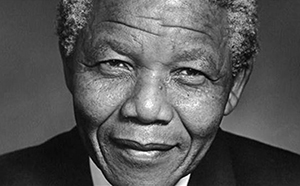 For nearly 30 years, Nelson Mandela was imprisoned for sabotage and promoting revolution. And, at 71 years old, in barely just ten years of activity, Mandela secured a peaceful launch of a democratic South Africa.

The long, useful life of Mandela has given us an important leadership example. Described by many as a complex man, some of his attributes certainly warrant cultivation. Here, I note three important ones:

Tenacious. Surviving nearly three decades of prison is only partial evidence of this virtue. After 20 years, the government offered Mandela freedom if he’d renounce violence. He declined. Mandela also chose to “pivot” or modify strategies to ensure an intended outcome. Initially, a staunch believer in non-violence, he reluctantly modified this perspective to include sabotage (without bloodshed) and, eventually, guerilla warfare because it was the only option to be effective. Mandela’s determination meant he was wholly committed to planned results.

Humble. Mandela endeared his prisoner peers and the wardens by refusing privilege. Until others had the treatment he was offered, he declined. He did not expect or seek individual reward. This maturity is valuable evidence of authenticity. Mandela was embarrassed by attention. As a descendent of royalty, he used his traditional name Mandiba, but with no cult of personality. He said, “I should like to be remembered as an ordinary South African.”

Reconciler. Avoiding vengeance, Mandela chose the more powerful strategies of negotiation, mediation and compromise to assure peace. He acted as a midwife and guide for hope, democracy and a nation built on the rule of law. Mandela understood moral authority. He used the power of enduring values to support South Africa’s rebirth.

One can expect tributes, analyses and editorials about Nelson Mandela for years to come. Mandela side-stepped the great mistakes of ego. He surprised his opposition who knew the common plays of corruption, infighting and partisanship. Instead of self-interest and cronies, he chose mission and competence. His heroic and enduring example has delivered vital changes.