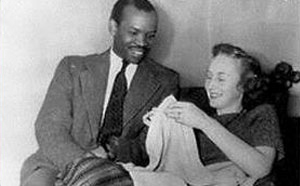 Inspiring examples of leadership are vital oxygen for individuals, organizations and communities.

In 1925, at age 4, Seretse was named successor to his father as chief of the Ngwato people who lived in Bechuanaland, a protectorate of Great Britain. By design, his childhood education was in South Africa which prepared him to later attend law school at Oxford University in England. As he was about to return to his homeland in 1948, to assume leadership of his tribe, Khama caused significant controversy. He married Ruth Williams, a British citizen.

Because South Africans and the British were deeply opposed to inter-racial marriage, Khama and his wife were continually harassed by powerful governments. They lived in turmoil and exile for nearly 8 years. In 1956, so he could return to his birth country, Khama made an anguished choice to relinquish his role as chief. Then, as a private citizen, he negotiated a parting with England that launched the new nation of Botswana. In turn, the citizens of that independent nation honored their native son and elected him their first president. He served successive terms until an early death at 59.

Check out the movie of this amazing man’s life and love: A United Kingdom. Based on the book, The Colour Bar, it has met with wide praise. Khama’s example reminds us that effective leaders often endure hardship to achieve justice for others. His commitment and endurance are worth  imitating.